Known officially as Asian giant hornets and colloquially as Asian killer hornets, scientists from the Entomological Society of America announced on Monday that the new official name will be “northern giant hornet”, although they actually descend from Asia and have only been detected in America. North in 2019.

“Amid an increase in hate crimes and discrimination against people of Asian descent, the use of ‘Asian’ in the name of a pest insect can unintentionally reinforce anti-Asian sentiment,” the society said in a press release.

The society further added that the negative stigma attached to the wasps’ name could lead to future violence against Asians.

“The Asian giant hornet does not convey unique information about the biology or behavior of the species,” the society’s statement read. 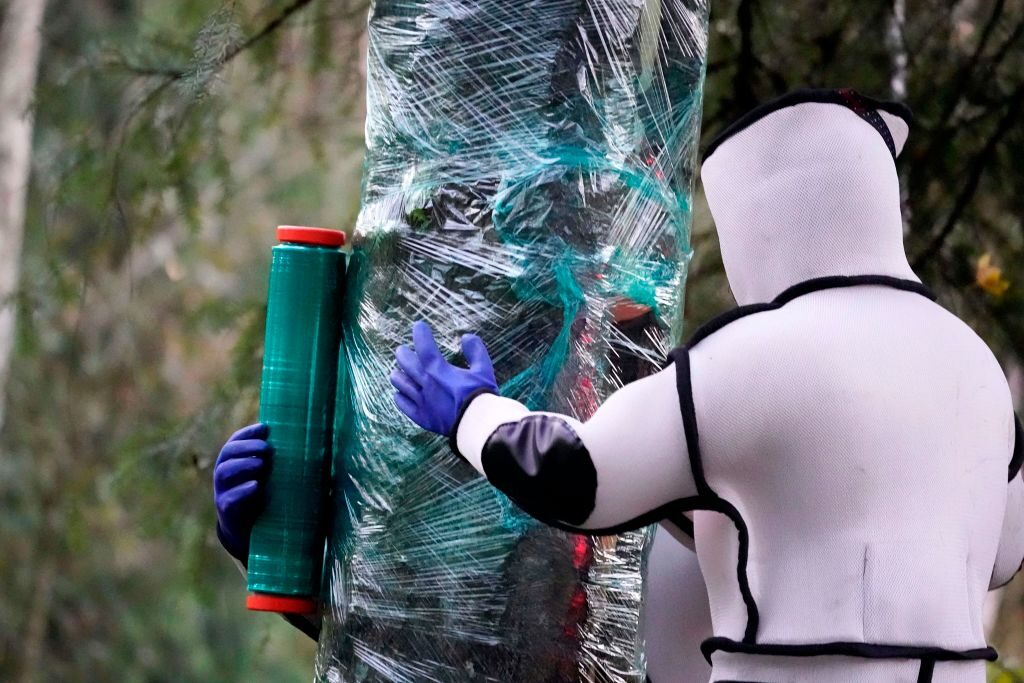 Jessica Ware, president of the society, added that the name is “scientifically accurate”.

“Common names are an important tool for entomologists to communicate with the public about insects and insect science,” said Ware. “The northern giant hornet is scientifically accurate and easy to understand, and avoids evoking fear or discrimination.”

As noted by New York Post, the wasps were first detected in the United States in 2019 and “caused quite a bit of panic after photos surfaced of their quarter-inch syringe-like stinger.” In addition to their intimidating presence, wasps are known to kill bees, which has led to concern that they could cause an environmental imbalance. Per Publish:

A few dozen wasps can destroy a bee’s nest in just a few hours during a process the researchers call the “kill phase.”

Scientists feared that the Pacific Northwest could provide breeding grounds for wasps, but luckily there hasn’t been a major outbreak yet.

Last year, hundreds of them were killed after Washington state officials managed to track down and destroy their massive nest.

The World Health Organization (WHO) also announced in June that it will officially rename the monkeypox virus to address concerns about the stigma and racism associated with the word. The change came after 30 scientists signed an open letter advocating a “urgent need for a non-discriminatory and non-stigmatizing nomenclature for monkeypox virus”.

“In the context of the current global outbreak, the continued reference and naming of this virus being African is not only inaccurate, but also discriminatory and stigmatizing,” the letter said.

‘How can I give back life?’ Texas death row prisoner asks for execution reprieve to donate kidney